Representing His Majesty King Bhumibol, Queen Sirikit marked the 25th anniversary of the reestablishment of diplomatic relations between Thailand and China with a state visit.  Her Majesty was wearing this suit upon arrival in Beijing.  After being warmly greeted by then-Vice-President Hu Jintao, Her Majesty inspected the Guards of Honour on the way to welcoming ceremonies at the Great Hall of the People. 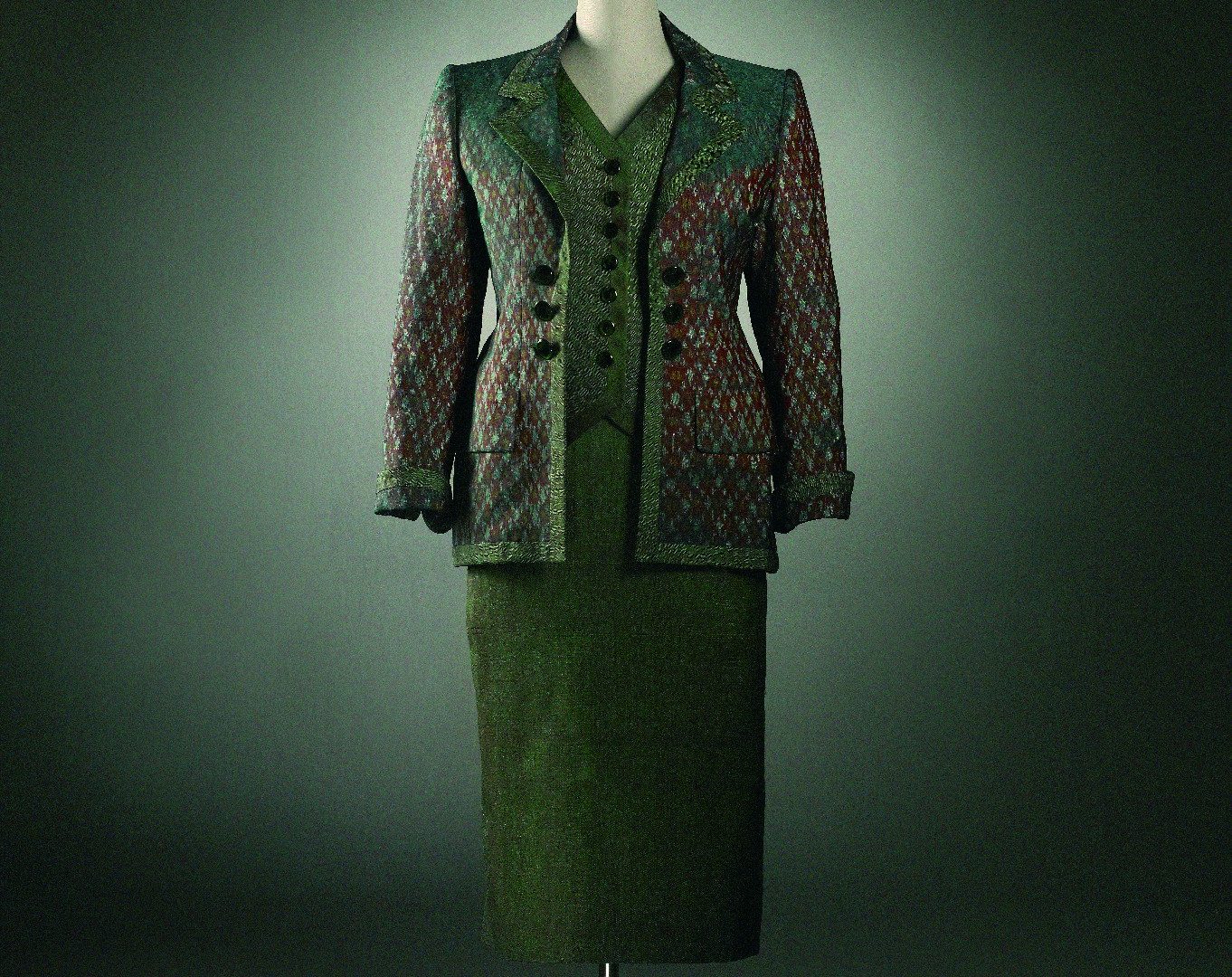