Her Majesty Queen Sirikit wore this dress on at least three occasions:8 June 1967, to the Metropolitan Museum of Art in New York during a state visit to the United States;2 October 1969, to the National Theatre in Bangkok; and 27 March 1972, to a state banquet given by Their Majesties for the President of India at Chakri Throne Hall in the Grand Palace, Bangkok.

Named for the Chakri Maha Prasat Hall at the Grand Palace, Thai Chakri is a very formal gold or silver metal-thread brocade evening dress. The style features a skirt with a front pleat and an attached traditional Thai shoulder cloth. It is often embellished with embroidery. Thai Chakri is one of eight styles of Thai national dress developed by Her Majesty between 1958 and 1964. 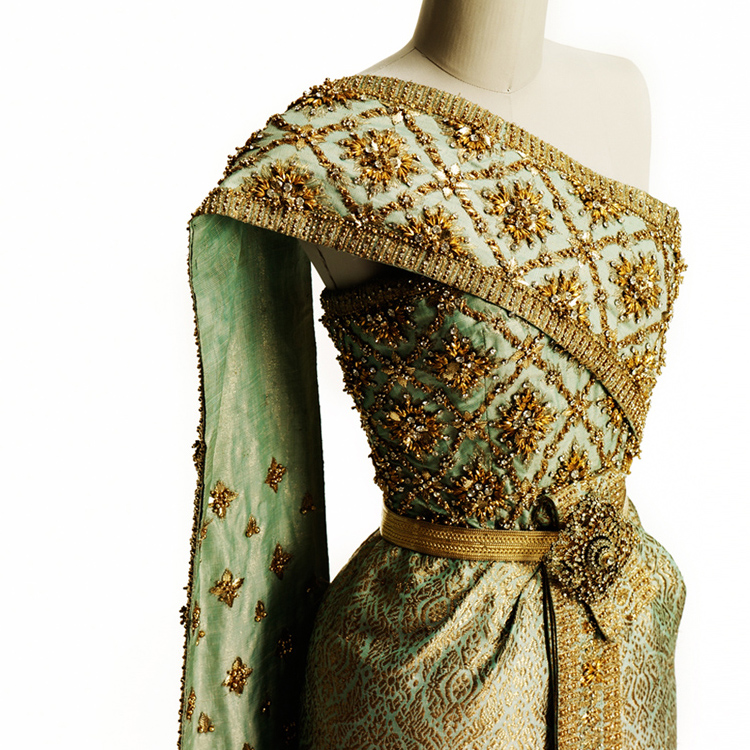