The Power of Love Exhibition celebrates Her Majesty Queen Sirikit The Queen Mother’s 87th birthday on 12 August 2019 and honors Her Majesty’s work and dedication to various fields since her royal appointment as Queen in 1950. 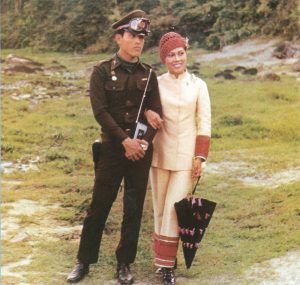 The Exhibition tells the story of Her Majesty Queen Sirikit The Queen Mother when she was young until Her Majesty attended Rajini School, moved to St. Francis Xavier Convent School, near the palace of her father, Mom Chao Nakkhatra Mangala Kitiyakara, on Krung Kasem Road and learned English, French, and piano in preparation for her study at a music academy in Paris, France.

On 19 July 1949, His Majesty King Bhumibol Adulyadej The Great became engaged to Mom Rajawongse Sirikit Kitiyakara with the same ring his father used in his engagement with his mother. Later, on 28 April 1950, Her Majesty Queen Savang Vadhana The Queen Grandmother performed the royal wedding ceremony for His Majesty King Bhumibol Adulyadej The Great and Mom Rajawongse Sirikit at Sra Pathum Palace in accordance with Thai royal traditions. The portraits of Her Majesty beautifully painted by the King and the royal compositions composed by the King symbolize the true love that Their Majesties had for each other. 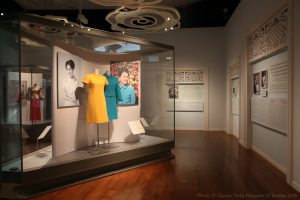 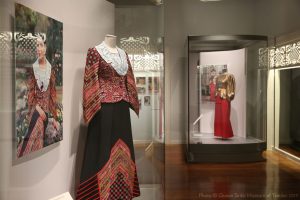 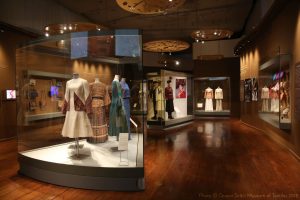 “…At the age of seventeen, when I became Queen, I did not have sufficient knowledge. With his generosity and kindness, His Majesty guided me, showing me how to be Queen for the Thai people and what duties to fulfill…”

Her Majesty Queen Sirikit The Queen Mother’s remarks given to well-wishers on the occasion of her birthday at Dusidalai Hall, Chitralada Villa on 11 August 1991

Her Majesty Queen Sirikit The Queen Mother traveled with His Majesty King Bhumibol Adulyadej The Great on their official visit to all regions in Thailand for Their Majesties to see the well-being of the Thai people first hand. The Queen Mother helped them increase their self-reliance, developing a sustainable solution under His Majesty’s guidance. Their Majesties’ regular visits to rural communities around the country resulted in thousands of royally-initiated projects.

One of the most important royally-initiated projects is the establishment of the Foundation for the Promotion of Supplementary Occupations and Related Techniques of Her Majesty Queen Sirikit of Thailand (the SUPPORT Foundation) to help people earn additional income from producing local handicrafts. This, in turn, has helped preserve the nation’s precious cultural heritage for future generations. 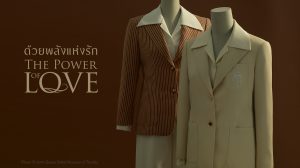 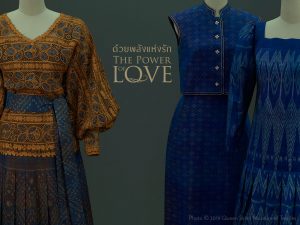 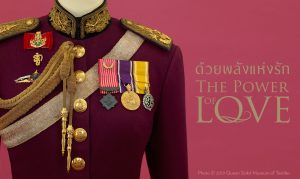