tells the story of Her Majesty’s creation, in the 1960s, of a new national dress for Thai women through the presentation of historic court textiles, archival photographs and film, and more than thirty glittering examples from Her Majesty’s own wardrobe.

In 1960, His Majesty King Bhumibol Adulyadej, accompanied by Her Majesty Queen Sirikit, undertook a series of state visits to the United States and fifteen European nations lasting seven months. The tour was a tremendous success: Their Majesties were enthusiastically received everywhere and Her Majesty’s beauty and stylish elegance were both widely acclaimed.
Her Majesty knew that when abroad, She would be representing both Thailand and Thai women. Thus, in addition to Western high fashion, Her Majesty wished Her wardrobe to contain Thai styles that would convey the country’s unique cultural identity. However, court dress had steadily westernised since the mid-19th century and in 1941 the government issued a decree requiring all Thais to wear Western clothing. As a result, post-war Thailand had no national dress equivalent to India’s sari or Japan’s kimono—it would have to be created.

Preparations for the tour began nearly two years in advance. Her Majesty led a team of consultants and advisors that included historians, prominent ladies of the court, Her longtime Thai fashion designer Urai Lueumrung, and other local designers. Eventually, the team also came to include Pierre Balmain, the French couturier designing Her Majesty’s Western-style wardrobe for the tour. Drawing on diverse sources, including surviving court textiles and photographs of women of the court taken between 1850 and 1925, Her Majesty and the team created a group of dresses based upon the wrapped and draped styles Thai women had traditionally worn—hip wrappers (phaa nung) and shoulder cloths (sabai)—but constructed according to Western dressmaking techniques. The result, as can be seen in this gallery, was a new national dress designed to honour the past while conveying a practical, modern Thai identity. 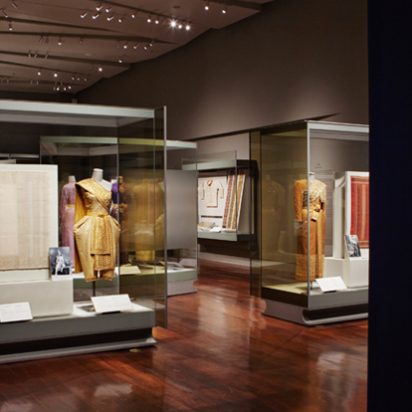 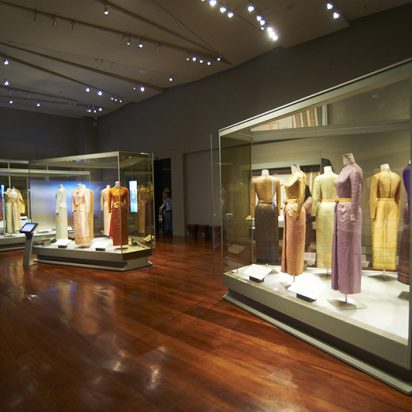 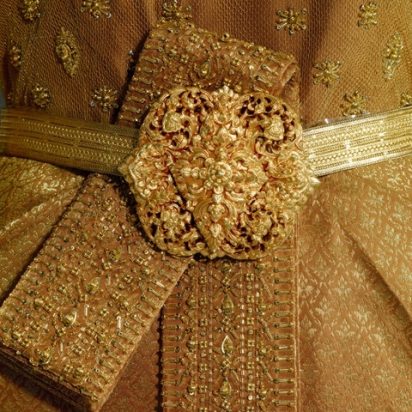 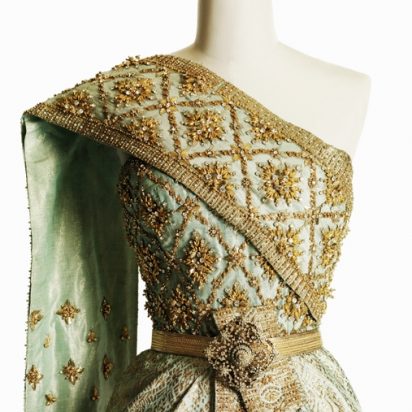 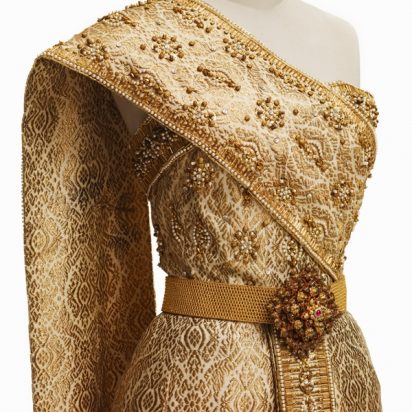 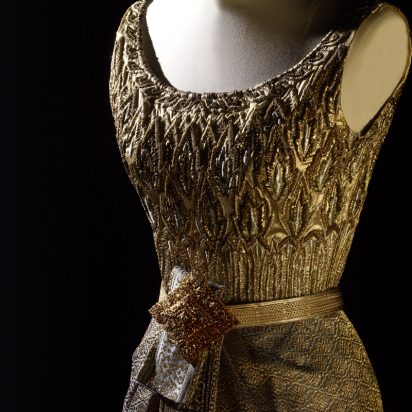